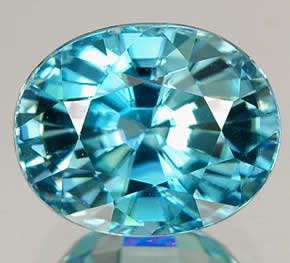 Birthstones are gemstones that are associated with each month. These gem stones have been used for centuries. Precious stones, such as diamonds, zircon, or semi-precious, such as Lapiz Lazuli are few of the names. These gem stones are considered lucky for their particular months and for their healing powers during their months.

Benefits and qualities of Zircon stone:

Zircon along with turquoise are birthstones of Sagittarius (Archer): Nov. 22-Dec. 21. Zircon (birthstone) is associated with wisdom, honour, and wealth.

Zircon is a beautiful and natural gemstone that has been in existence for over hundreds of years now. Zircon is popularly known for its high diffusion and interestingly, it was used to emulate diamonds for many years. The gemstone named Zircon actually looks like a diamond. It shines more than diamonds; however it retains the shine for a very short span of time, on astrological replacement for diamonds. 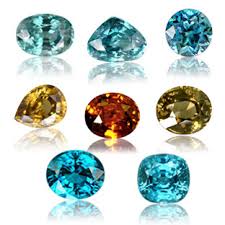 There are a number of ways in which Zircon is used. Some of them can be mentioned as people born in December can use it as a conventional birthstone, Zircon pendants and rings are very popular among the jewelry lovers, it can bring in success, financially and also in general and it is helpful for the insomniacs. There is some mythological value related to this gemstone.

Zircon is found in many colors, including brown, red, yellow, green, blue, black, and colorless. The name "Zircon" is believed to have derived from the Arabic words, "zargun", meaning golden-color. Despite this color associated name, zircon actually occurs in virtually all colors. No relation at all to cubic zirconia, zircon is a bright, lustrous, highly brilliant gem, that occurs in large sizes with high clarities, making it a favorite amongst people who like bright colorful gems. Zircon, in its unchanged natural form appears colorless to pale yellow, or green. These colors are caused by minute quantities of thorium and uranium that replaces zircon in the crystal structure.

History:
Zircon has been around in jewelry for hundreds of years. It is known for its high dispersion and for many years was used to imitate diamonds. Zircon was regarded as the amulet for travelers in the Eleventh century, protecting them from disease, injury, and insomnia, as well as assuring a cordial welcome wherever their travels would take them. The gem was also believed to hold magic powers to fight evil spirits. During the Fourteenth century, zircon was popular as a safeguard against the Black Death, the great plague that wiped out one quarter of the population of Europe. The stone was believed to possess healing powers. It was prescribed to insomniacs to induce sleep, used as an antidote against poison, and as an aid to digestion.

Zircon relieves pain. It is said to whet one's appetite. Zircon also prevents nightmares and ensures a deep tranquil sleep. Mystical power: Zircon supposedly helps one be more at peace with oneself. Zircon is believed to provide the wearer with wisdom, honor and riches. The lost of luster on a Zircon stone is said to warn of danger. Jacinth helps rising one's self-esteem. The mineral zircon, known as zirconium silicate, is commonly found as a minor constituent in igneous rock such as granites and some kinds of metamorphic rock. Gem quality zircon stones are usually rare. These gemstones are formed mainly in pegmatites (coarse-grained igneous rock) and in fissures. But due to weathering of the gem-bearing rocks, most zircons are found in alluvial and beach deposits.

The most prized zircon is the red gemstone, which is rare. The pure intense blue and sky blue varieties are also highly valued, while the colorless, orange, brown and yellow stones are less expensive. Many zircons on the market are heat treated, and sold as blue, golden brown or colourless stones. Colourless zircons are the best imitators of diamonds, in appearance only, with a brilliant fire that is almost as dazzling as the real thing. However, the resemblance is superficial.

Zircon is a brittle stone, easily broken with a well-placed knock, due to internal stresses in the crystal caused by radiation damage and heat treatment. But despite its frail disposition, the stone is still highly valued because of its stunning beauty. Zircon is quite widely used in its three varieties. The first variety is called jacinth (also spelled hyacinth) and was used to a great extent in classical antiquity. It occurs in the clear, transparent red, orange, and yellow colors. The blue variety is called starlite or Siam Zircon, while the third colorless variety is called Ceylon or Matura diamond. Care and treatment: Zircon will chip and crack rather easily though it has a hardness rating of 7. As with all gems, protect zircon from scratches and sharp blows. Avoid hot water, sudden temperature changes and household chemicals. Store a jewelry made of zircon in separate boxes. Source: Jewelry for mother http://product-reviews.knoji.com/zircon-birthstone-possess-wisdom-and-wealth-for-wearer/
Posted by Unknown at 9:25 PM