Americans have on average gotten much richer over the past several decades than they were in previous generations.
The inconvenient truth, however, is that there has been no meaningful rise in the average level of happiness.

In 1972, 30 percent of Americans said they were very happy, and the average American enjoyed about $25,000 (in today’s dollars) of our national income. By 2004, the percentage of very happy Americans stayed virtually unchanged at 31 percent, while the share of national income skyrocketed to $38,000 (a 50 percent real increase in average income).

Today we are learning about what are the meridians and how we can locate acupoints.
Meridions and How to Locate an Acupoint:

Acupressure is an alternative and natural way of treating many emotional and physical disorders. Acupressure doesn’t require any visit to a professional and can be performed also by a layperson. The techniques of acupressure are simple and easy to learn. Learning basic knowledge about acupressure therapy can help you start this alternative therapy with ease and confidence yourself. You may need the guidance of a practitioner to perform acupressure therapy for first few sessions.

In acupressure therapy certain points on the body are manipulated in order to regulate the energies of the body. These points of manipulation are called acupressure points, acupoints, or pressure points. A normal acupoint is a special point at a channel. A human body has twelve normal channels and eight strange channels. There are 361 normal acupoints along 14 channels that include 12 channels. 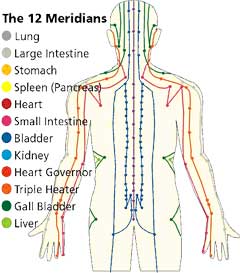 Comparison of Happiness Vs Money

Which one is more important to you, money or happiness? We think that money can bring happiness and solve our most of the problems but does it really bring happiness and peace? This article is about discussion on happiness vs money and how we can manage with it to bring peace and harmony in life.

We all need money to live but more money does not lead to greater happiness. It would be stupid to want to be poor and pretend that money is bad or unnecessary. At the same time, you shouldn’t make money your goal in life. Money doesn’t necessarily bring you happiness, although it can contribute a lot by sheltering you from need, and providing you with peace-of-mind.

Money is important to help us live our life to the fullest. But at the same time, an increase in its inflow does not bring proportional happiness with it. You need to be aware of this.

Aaron Karo, comedian and author of the forthcoming book, "Ruminations on Twentysomething Life" says, “If you want to draw a line in the sand, happiness is having enough money so you don’t have to move back in with your parents."

Concept and meaning of Happiness in Islam

Does Believing in God Leads to Ultimate Happiness?
Is there any link between our beliefs and being happy in this world?

Seeking happiness is human necessity.  Going deep into the meaning of word 'happiness declares that  'Happiness is a state of mind or feeling characterized by contentment, love, satisfaction, pleasure, or joy'.. Philosophers and religious thinkers often define happiness in terms of living a good life, or flourishing, rather than simply as an emotion. This article is an effort to explain the theory if believing in God leads to real/ultimate happiness and concept of happiness in Islam which agrees with the theory.
An undeniable reality is that permanent happiness cannot be achieved except by believing in God - The Creator - and following His guidance. Since it is He who created mankind, He is the one who knows what pleases and benefits them, just as he knows what saddens and harms them. A number of psychologists have affirmed that only a religious person lives with true content and serenity.